Now, Plex Pass holders will be able to add TIDAL into the mix for $8.99 per month, instead of its usual $9.99 per month price. It’s not a steep discount, but one that could prove compelling for serious Plex users who have already centralized their access to entertainment within the Plex app.

Over the past year or so, Plex has doubled down on its mission to become a one-stop show for all your media, having added support for podcasts, streaming TV (by way of a digital antenna) and a DVR, personalized news, and, most recently, web shows. This is in addition to the software’s ability to organize your home media collections of movies, TV shows, personal video, music, and photos.

The company’s goal is to capitalize on its expansive entertainment library in order to offer better recommendations across media types. That is – it could suggest podcasts or web shows based on the TV or music you enjoy, for example.

Plex customers who add TIDAL will have access to the streamer’s entire music catalog, along with artist recommendations for those who aren’t already in your media library, as well as a feature that will display the missing albums from artists in your library. The service also offers artist radio, discovery radio for finding new tunes from those not in your library, new release recommendations, music videos, and more.

Universal search and playlists features will combine results from Plex’s library and TIDAL, allowing you to locate tracks from your local library alongside TIDAL tracks, and add both to the same playlist. 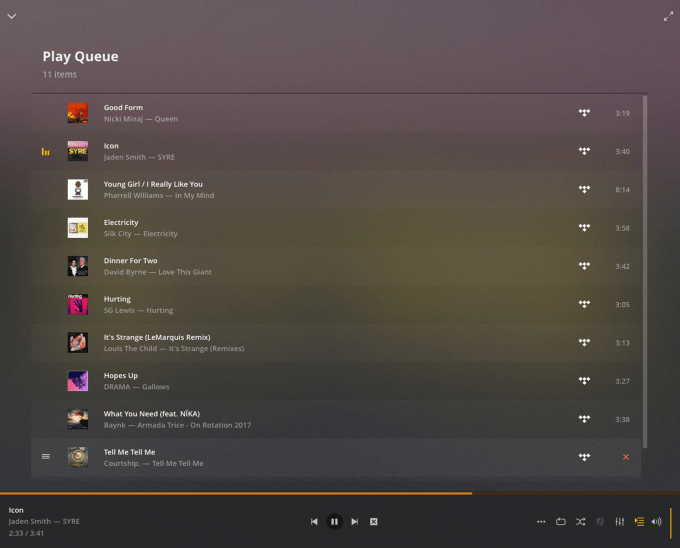 “An incredible music and media experience is something that matters to both TIDAL and Plex users, and the addition of TIDAL’s music streaming service within Plex makes it the only solution that organizes and curates all major media types in one place,” said Keith Valory, CEO of Plex, in a statement. “It’s another step closer to making all the media that matters to you accessible from one app, on any device, anytime.”

TIDAL will also point its subscribers to Plex as a part of the deal, giving them access to Plex’s music features and mobile app, or, in the case of Tidal HiFi subscribers ($19.99/mo), they get a Plex Pass for free.

Once signed up for TIDAL, Plex users can quickly merge their subscription to Plex from here.

The TIDAL subscription is available on Plex mobile and web to start, with expansion to other TV platforms expected to follow. 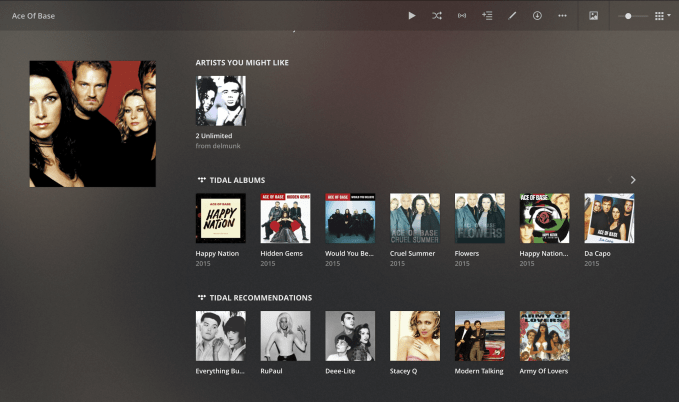