Scroll through Twitter, and you’ll see the trending hashtag #WomenInScience. February 11 is International Day of Women and Girls in Science: a time to recognize the ladies making the world a better place through science and technology.

Their success stories should really be celebrated every day, especially because science remains a male-dominated field. Less than 30 percent of the world’s researchers are women, according to the UNESCO Institute for Statistics.

Here are the inspiring stories of seven women who’ve achieved remarkable successes in science through the years.

Alice Ball died when she was just 24 years old due to chlorine poisoning, but she accomplished much in her short lifetime. She was the first African American and the first woman at the the University of Hawaii to earn a master’s degree in chemistry in 1915. She also developed an treatment for leprosy, also known as Hansen’s Disease, using the oil of a chaulmoogra tree. It was used for 20 years, according to National Geographic.

Marie Curie is a “first of” for many titles — including the first woman to win a Nobel Prize and the first person to win the award in two different sciences (physics —along with her husband— and chemistry). In 1906, she was also the first woman to become a general physics professor at the Sorbonne, where she took over her husband’s role after his death.

Barkissa Fofana is currently a microbiologist at Burkina Faso’s Institute for Environmental and Agricultural Research. She is just 30 years old, according to the Food and Agriculture Organization of the United Nations, and she’s researching ways microorganisms can combat climate change and restore land in the northern Sahel region. One of her projects involves studying how Acacia trees respond to natural bacteria and fungi, in order to help the trees overcome droughts.

Rosalind Franklin almost didn’t go to Cambridge University because her dad didn’t believe in women getting a higher education. Luckily, she had her mom and aunt’s support. There, she studied physical chemistry. She graduated in 1941, and 10 years later, got at job at King’s College. She took an X-ray image, famously known as Photograph 51, that ultimately helped discover DNA’s double helix structure.

Jane Goodall is known around the world for studying chimpanzees in Tanzania in 1960 and beyond. Through her research, she discovered the ins and outs of the animal’s behaviors, such as using pieces of grass as a tool to eat insects and developing long-lasting relationships with one another.

Thanks to her trajectory analysis, NASA mathematician Katherine Johnson helped take Alan Shepard to space — he was the first American to do so in 1961. Although she was hardly recognized at the time for contributions, the 2016 book and movie Hidden Figures changed that. She also received the Presidential Medal of Freedom from President Obama in 2015 in honor of those achievements.

Rita Levi-Montalcini received the 1986 Nobel Prize in physiology or medicine for the discovery of nerve growth factor, which showed how the growth of a cell is regulated. Her work related to the nervous system helped deepen understanding of senile dementia, deformities, and tumor diseases. American biochemist Stanley Cohen shared the honor for discovering the epidermal growth factor. 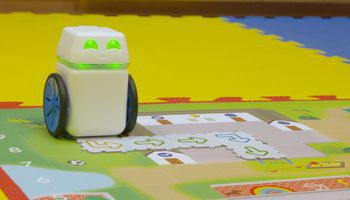