Rather than be sore about losing independence within Facebook, Instagram co-founder Kevin Systrom told me it was an inevitable sign of his app’s triumph. Today at South By South West, Systrom and fellow co-founder Mike Krieger sat down for their first on-stage talk together since leaving Facebook in September. They discussed their super hero origin stories, authenticity on social media, looming regulation for big tech, and how they’re exploring what they’ll do next.

Krieger grew up hitting “view source” on websites while Systrom hacked on AOL booter programs that would kick people off instant messenger, teaching both how code could impact real people. As Instagram grew popular, Krieger described the “incredi-bad” feeling of fighting server fires and trying to keep the widely loved app online even if that meant programming in the middle of a sushi restaurant or camping retreat. He once even revived Instagram while drunk in the middle of the night, and woke up with no memory of the feat, confused about who’d fixed the problem. The former Instagram CTO implored founders not to fall into the “recruiting death spiral” where you’re too busy to recruit which makes you busier which makes you too busy to recruit…

But thankfully, the founders were also willing to dig into some tougher topics than their scrappy startup days.

Kevin Systrom and Mike Krieger (from left) drive to Palo Alto to raise their Series A, circa January 2011

“In some ways, there being less autonomy is a function of Instagram winning. If Instagram had just been this niche photo app for photographers, we probably would be working on that app for 20 year. Instead what happened was it got better and better and better, and it improved, and it got to a size where it was meaningfully important to this company” Systrom explained. “If this thing gets to that scale that we want it to get to which is why we’re doing this deal, the autonomy will eventually not be there as much because it’s so important. So in some ways it’s just an unavoidable thing if you’re successful. So you can choose, do you want to be unsuccessful and small and have all the autonomy in the world, or no?” 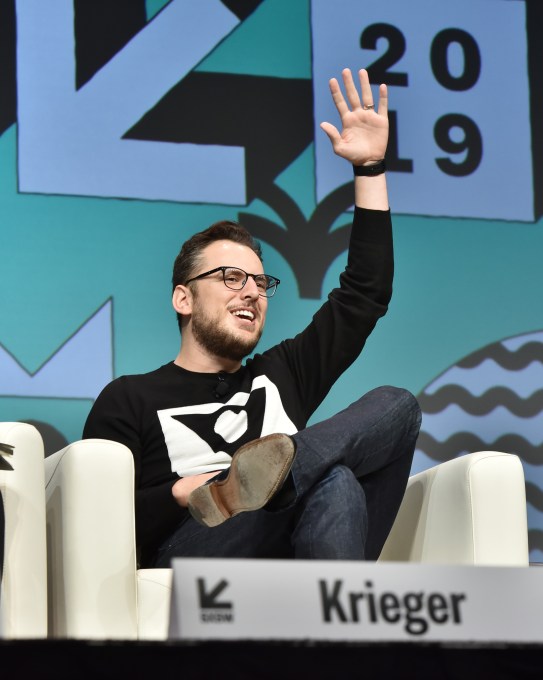 Krieger followed up that “I think if you study . . . all the current companies, the ones that succeed internally eventually have become so important to the acquiring company that it’s almost irresponsible to not be thinking about what are the right models for integration. The advice I generally give is, ‘are you okay with that if you succeed?’ And if you’re not then you shouldn’t do the deal.” If the loss of autonomy can’t be avoided, they suggest selling to a rocket ship that will invest in and care for your baby rather than shift priorities.

Asked if seeing his net worth ever feels surreal, Systrom said  money doesn’t make you happy and “I don’t really wake up in the morning and look at my bank account.” I noted that’s the convenient privilege of having a big one.

The pair threw cold water on the idea that being forced to earn more money drove them out of the company. “I remember having this series of conversations with Mark and other folks at Facebook and they’re like ‘You guys just joined, do not worry about monetization, we’ll figure this out down the road.’ And it actually came a lot more from us saying “1. It’s important for us to be contributing to the overall Fb Inc . . . and 2. Each person who joins before you have ads is a person you’re going to have to introduce ads to.” Systrom added that “to be clear, we were the ones pushing monetization, not the other way around, because we believed Instagram has to make money somehow. It costs a lot to run . . . We pushed hard on it so that we would be a successful unit within Facebook and I think we got to that point, which is really good.”

But from 2015 to 2016, Instagram’s remaining independence fueled a reinvention of its app with non-square photos, the shift to the algorithm, and the launch of Stories. On having to challenge the fundamental assumptions of a business, “You’ve got maybe a couple years of relevance when you build a product. If you don’t reinvent it every quarter or every year, then you fall out of relevance and you go away.”

That last launch was inspired by wanting to offer prismatic identity where people could share non-highlights that wouldn’t haunt them. But also, Systrom admits that “Honestly a big reason why was that for a long time, people’s profiles were filled with Snapchat links and it was clear that people were trying to bridge the two products. So by bringing the two products [Feed and Stories] into one place, we gave consumers what they wanted.” Though when I asked anyone in the crowd who was still mad about the algorithm to hiss, SXSW turned into a snake pit.

With Systrom and Krieger gone, Facebook is moving forward with plans to more tightly integrate Instagram with Facebook and WhatsApp. That includes unifying their messaging system, which some say is designed to make Facebook’s apps harder to break up with anti-trust regulation. What does Systrom think of the integration? “The more people that are available to talk with, the more useful the platform becomes. And I buy that thesis . . . Whether or not they will in fact want to talk to people on different platforms, I can’t tell the future, so I don’t know” Systrom said.

Krieger recommended Facebook try to prove users want that cross-app messaging before embarking on a giant engineering challenge of merging their backends. When I asked if Systrom ever had a burning desire to Instagram Direct message a WhatsApp user, he admitted “Personally, no.” But in a show of respect and solid media training, he told his former employer “Bravo for making a big bet and going for it.”

Then it was time for the hardest hitting question: their thoughts on Presidential candidate Senator Elizabeth Warren’s proposal to regulate big tech and roll back Facebook’s acquisition of Instagram. “Do we get our job back?” Systrom joked, trying to diffuse the tension. Krieger urged more consideration of downstream externalities, and specificity on what problem a break up fixes. He wants differentiation between regulating Facebook’s acquisitions, Amazon white-labeling and selling products, and Apple’s right to run the only iOS App Store.

“We live in a time where I think the anger against big tech has increased ten-fold — whether that’s because the property prices in your neighborhood have gone up, whether it’s because you don’t like Russian meddling in elections — there are a long list of reasons people are angry at tech right now and some of them I think are well-founded” Systrom confirmed. “That doesn’t mean that the answer is to break all the companies up. Breaking companies up is a very specific prescription for a very specific problem. If you want to fix economic issues there are ways of doing that. If you want to fix Russian meddling there are ways of doing that. Breaking up a company doesn’t fix those problems. That doesn’t mean that companies shouldn’t be broken up if they get too big and they’re monopolies and they cause problems, but being big in and of itself is not a crime.” 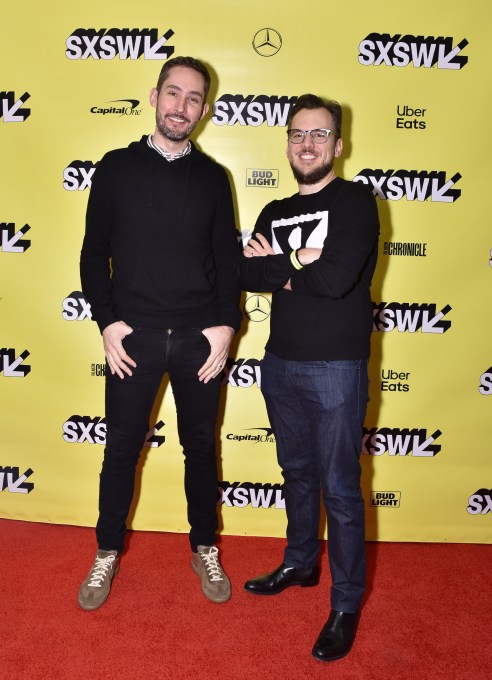 Systrom then took a jab at Warren’s tech literacy, saying “part of what’s surprised me is that generally the policy is all tech should be broken up, and that feels to me again not nuanced enough and it shows me that the understanding of the problem isn’t there. I think it’s going to take a more nuanced proposal, but my fear is that something like a proposal to break up all tech is playing on everyone’s current feeling of anti-tech rather than doing what I think politicians should do which is address real problems and give real solutions.”

The two founders then gave some pretty spurious logic for why Instagram’s acquisition helped consumers. “As someone who ran the company for how many years inside of Facebook? Six? There was a lot of competition internally even and I think better ideas came out because of it. We grew both companies not just one company. It’s really hard question. What consumer was damaged because it grew to the size that it did? I think that’s a strong argument that in fact the acquisition worked out for consumers.” That ignores the fact that if Instagram and Facebook were rivals, they’d have to compete on privacy and treating their users well. Even if they inspired each other to build more engaging products, that doesn’t address where harm to consumers has been done.

Krieger suggested that the acquisition actually spurred competition by making Instagram a role modeI. “There was a gold rush of companies being like ‘I’m going to be the Instagram of X . . . the Instagram of Audio, the Instagram of video, the Instagram of dog photos.’ You saw people start new companies and try to build them out in order to try to achieve what we’ve gotten to.” Yet no startup besides Snapchat, which had already launched, has actually grown to rival Instagram. And seeing Instagram hold its own against the Facebook empire would have likely inspired many more startups — some of which can’t find funding since investors doubt their odds against a combined Facebook and Instagram

As for what’s next for the college buddies, “we’re giving ourselves the time to get curious about things again” Krieger says. They’re still exploring so there was no big reveal about their follow-up venture. But Systrom says they built Instagram by finding the mega-trend of cameras on phones and asking what they’d want to use, “and the question is, what’s the next wave?”