The Huawei Mate 20 Lite was leaked in graphic detail earlier this month, exposing a big battery, four cameras, and a notched display. Huawei officially unveiled the device today, confirming many of the previously rumored details — plus a buzzy and entirely unsurprising focus on AI.

The Mate 20 Lite is powered by Huawei’s Kirin 710 chip, along with four gigs of RAM — not six, as previous leaks suggested. The battery is a little larger than we thought it’d be, though, at a hefty 3,750 mAh. The phone’s got an extra-tall 6.3-inch 1080p screen, and dual cameras on both the front and the back. The primary back shooter is 20 megapixels, whereas the front is 24; both secondary cameras are just 2 megapixels.

This being 2018, Huawei is really leaning on AI as a selling point for the Mate 20 Lite: AI scene detection to automatically adjust camera settings, AI noise cancellation in phone calls, an AI shopping assistant that “eradicates the time-consuming task of online shopping,” et cetera. 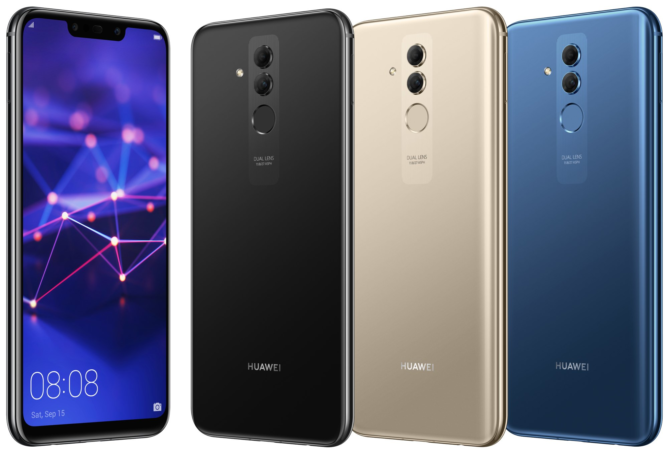 The Mate 20 Lite will be available in three colors.

Huawei’s latest will be available in the UK in black, blue, or gold on September 5 — not tomorrow, as its tagline suggests — starting at a relatively modest £379 (about $491). The release date of the Mate 20 proper that this device is ostensibly the lite version of is yet to be announced.